Elizabeth’s plea was heartfelt, but shortsighted. Not for any fault of her own, she simply did not have the knowledge that Tenanbaum did. “They’re in Port Neptune. Fontaine’s smugglers work there, the filthy pigs…” She scrunched her face, remembering having to resort to them for her studies on the sea slug. “They’re terrified of him, they will do anything he says. You are nothing to them next to Fontaine.”

“Thanks,” Booker dismissed her warning. “Elizabeth,” he ordered, his request known but unspoken. They must have worked together like this before, and for a moment, Tenenbaum wondered what they did back in Columbia. Not scientists, certainly. What need would such a pair have for each other? Regardless, he was missing a crucial point.

“And does she know where Port Neptune is?” Tenenbaum crossed her arms, waiting for him to realize his error. He looked to Elizabeth, perhaps hopeful that she would know.

“I… Fink didn’t have a map.” She apologized with her eyes and he let out a breath. Tenenbaum continued to explain now that he knew where he went wrong.

“You need someone to fight who knows where to go, and I need someone to stay with the little ones.” She faced Elizabeth once more, knowing the choice was hers in the end. “Do we have an agreement?”

“Well…” Elizabeth watched as Booker headed toward the exit, looming and quiet. Her attention returning to Tenenbaum, she answered calmly, “Of course, Dr. Tenenbaum. And please don’t mind him. He can be rude, but he’s capable. You’ll be safe.”

“I have had worse, but you are sweet to worry,” Tenenbaum replied. She simply turned and left to follow Booker, who waited at the large door.

“We’ll be going through the Welcome Center,” she began, opening the door for them both. Only she and the Little Sisters could open this door, her by genetic recognition and them by their size. “There have riots and Ryan’s men are watching, but it’s the fastest path.”

“Suits me,” he deadpanned and followed her through the doorway and along hallways to the Welcome Center. Something about this man… People they passed made note of him, but wouldn’t look at him directly. Fortunate for them, but that same ability might draw attention to him near the riots.

“You look like a thug,” she commented, and he scoffed. “We are in a war down here, Booker, and people need no reason to attack you. Save your fight for Fontaine’s men.”

“Right.” He lowered his gun to a resting angle, but now he watched her instead. 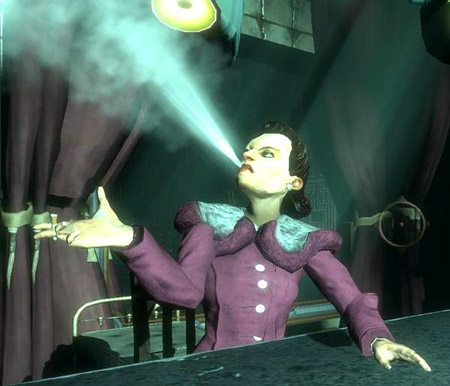 “You must have a guilty conscience,” Tenenbaum mocked him, “To be so openly distrusting of me.”

“What, you some kind of detective now, doctor? Fink didn’t have a map, but he had plenty of dirt on you.” She glanced back to him, and their gazes met briefly.

Tenenbaum did and did not want to know what he saw in those reports from Suchong. He had a tendency to ramble that was not becoming of a scientist, and he knew a lot. More than she wanted him to. “I know enough about you to be distrusting.”

“We’re nearly to the station.” She kept her voice resolute, and he took the cue. “Stay focused.” “Dr. Tenenbaum,” a familiar voice broke her from her thoughts. “Do you think it wise to be traveling in such dangerous times?”

She could sense Booker shift behind her, the very energy around him changing. Tenenbaum raised a hand to him and saw him stop mid-aim. Ryan would be no threat if she handled both of these men right. “Let me handle this.”

Ryan smiled, his suit as immaculate as always, and Sullivan lurking behind him with two other men. The civil war weighed on them all, but Ryan looked as if he’d aged ten years inside of the past two years. “I see your security is a touch over eager. Where might you be headed, Dr. Tenenbaum? Perhaps you will be passing my greetings on to Mr. Fontaine.” 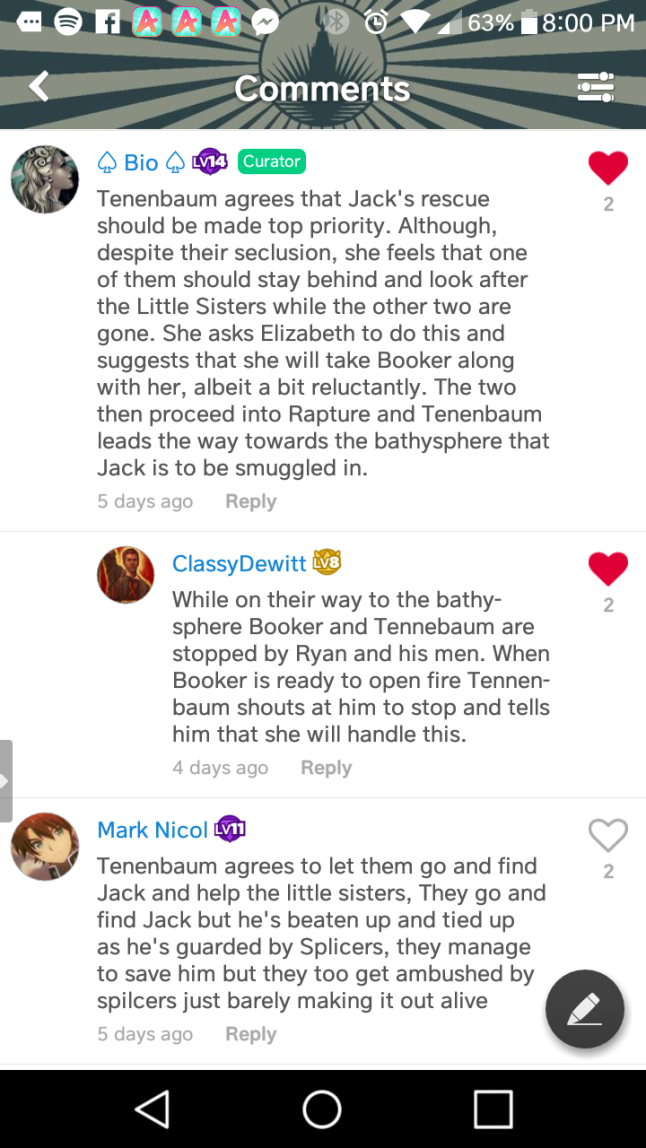 5 thoughts on “I Will Handle This”