Silence filled the room, sitting between the three of them as real as any of the instruments in Cohen’s storage room.

“Booker,” Elizabeth began, putting her hand on his arm. “Go easy on him.”

“You can’t be serious,” he snapped, stepping back from her and pointing to Jack. “Elizabeth, he–”

“He’s been trapped all his life, told where to live and what to do.” Lowering his arm, Booker turned around and scoffed. She put her hand on his back, turning to face Jack again. “Jack deserves a chance to explain himself.”

He held the bunny mask in his hands, running his fingers over the curves. As she approached, he glanced up to her with a flicker of a smile. “Well, Jack? What are you doing here?”

Still toying with the mask, he continued, his voice and eyes distant. “…I wanted to help. You rescued me before you even really knew me, and…” He exhaled, putting the mask down and sitting on a box with a handprint on the side.

“I couldn’t help before the programming was fixed. But I can now.” He finally looked at her, sparing a quick look for Booker. He must’ve had his back turned still because Jack locked his eyes hers and continued. “Let me help.”

“You wanted to help,” Booker growled, striding up silently beside her. “You should’ve stayed with the girls.” 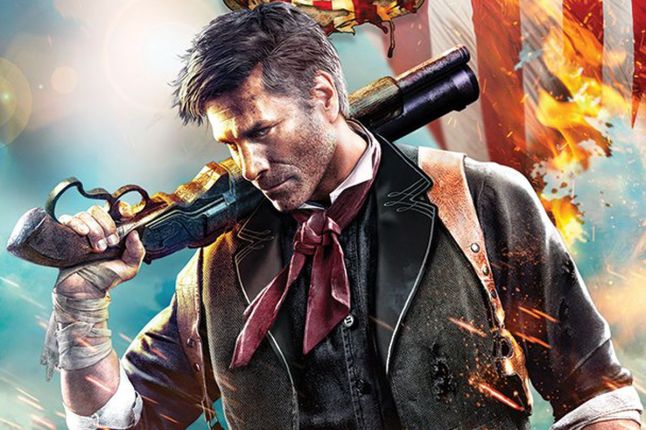 Undaunted, he moved to stand in front of Jack and gave him no choice to meet his gaze. “They’re alone right now. You know they can open that door, and they’re not free from whatever those lab coats did. If they wanted to go looking for angels, they can.”

Not many stood up to Booker’s ‘investigative method’, but Elizabeth watched as Jack calmly processed the speech. Where his face had once seemed faraway, he now seemed as alert as a student during a pre-exam lecture. “They needed you, Jack. And you left.”

Huffing, Elizabeth forced her way between them and pushed Booker back. “Don’t take your issues out on him!”

“He’s right.” He got off the box, picking up the mask.

“No. He’s right, I left when they needed me. We can’t change that.” Jack put the mask on, adjusting it on his face until it was straight and he was comfortable.

“But we can work together now so I can get back to them quickly. Keep Cohen busy and I’ll slip out.” He smiled, looking from her to Booker. In the mask, he looked kind of adorable…

Clearing his throat, Booker went over to Jack again and clapped a hand on his shoulder. “Listen, Jack, I…” Booker put his hands in his pockets, rolling his shoulders. “Just be careful.”

“Thank you, Mr. DeWitt.” He nodded, giving Booker a soft hug. Elizabeth held back a laugh as the few seconds passed with Booker looking helplessly at her.

Her grin turned to a smile as Jack faced her. “Elizabeth? I just want to say…” He looked down, his gaze pausing briefly just past her shoulder, before smiling at her. 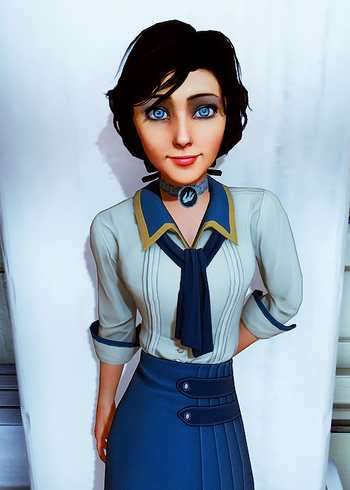 “Don’t go easy on me. I’ve only been alive for two years, but I’m not a kid. I can think like Tenenbaum and fight like Booker. What I’m missing is experience.”

He shrugged, tugging at the bottom of his vest to straighten it. “For the first time, all my choices are mine. Good and bad.”