Elizabeth paced in the tunnel, kicking some pebble into the running water now and again because, well, she could. “The formula is easier to steal, harder to miss. I should go for that,” she muttered to herself, gesturing as if it was on a table beside her right there.

“But then, the materials,” she trailed off, thinking on where they would even get those legitimately. It’s not as if she could steal the makings of it and the formula. That would be a good portion of the lab’s supplies, they would know.

She pivoted, looking into the shadows of the tunnel arches for an answer… Or maybe the feeling of being watched was finally getting to her. “For goodness’ sake,” Elizabeth scolded herself. “My family needs me at the labs.”

Her meaning caught up to her after she’d already said it, and she strode purposefully to the pathways leading out and up to a Bathysphere that would take her to Artemis Suites. 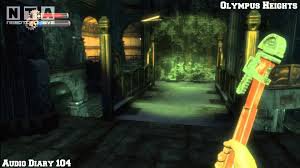 The streets were already in chaos. People crying, shouting to sellers and bankers, maintenance men installing the glowing Vita Chambers already… Elizabeth fought the urge to reach for the familiar surface of her pinky’s metal cover and focused on removing the image of a revived Jack covered in his own blood from her mind.

My family needs me.

That thought pushed her ahead with a shaky breath towards the next ready Bathysphere. Lucky for her, the lockdown being broadcast overhead didn’t apply to scientists.

It would make her a target eventually, but for now… Elizabeth sat in the Bathysphere alone and the door closed behind her. Anyone who targeted her was in for more of a fight than they realized. She was a DeWitt, after all, and she smiled out at the inky black ocean floor dimly lit by Rapture. 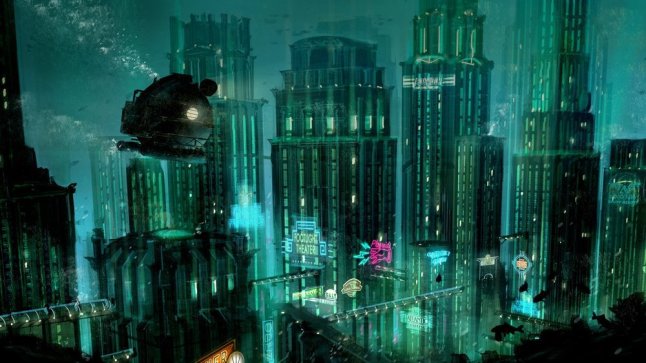 Or what was not broken in the city. The amusement park was dark, and Elizabeth only barely noticed it was there at all. Hardly a priority when one considered that other critical areas of the city had been blown apart and if the damage was to be contained, the repair Big Daddies would have to focus on those regions.

Just like that, the Bathysphere docked and she was in Artemis Suites of Apollo Square, following the practiced walk to Suchong’s clinic. She was surprised to find the entrance unmanned with countless moving shadows cast on the floor outside the door. 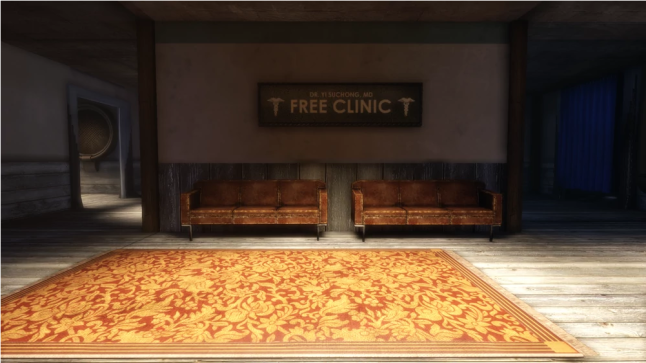 What they were saying, she couldn’t tell. The clinic had been heavily soundproofed to the outside long ago. And the moment she passed through the doorway, a camera chirped to life– calming when it was only her– but still, she had everyone’s attention now.

A sea of faces she didn’t know parted to show Sullivan, marching up to her and dropping a hand on her shoulder. “Miss, what are you doin’ here alone? Don’tcha know there’s a war on?!”

“I, I thought people may need help, so I–” He led her further into the lab, pulling her into an empty surgery room she distinctly recalled as beige, not the red-brown she saw splattered behind his looming figure.

“Look, your dad does great work, but I can’t keep covering for ya if you pull stunts like this,” he scolded her and kept her in place with his hand.

“I’ve got break-ins, turrets to set up, artsy types going ape, and this area’s turning to a prison overnight.” His face was unhealthy combination of pale and flushed, and Elizabeth wasn’t certain he even breathed during that lecture. She nodded, putting on her best wide-eyed innocent look. “So you beat feet outta here back to Booker, you hear me?”

“Yes sir,” she nearly answered to empty air as he went back to the main entrance of the lab… Leaving her to finally see Suchong’s maimed corpse affixed to his old desk with a bloodied stump of a drill.

2 thoughts on “BioQuest: For Family”