Tenenbaum pushed her way forward, crossing her arms once she was in front of Sullivan and Ryan. “Jack may care only for the people of Rapture, but we don’t work for free. Our price for this bargain is all the chemical supplies and equipment given to Suchong, or there is no deal.”

Jack’s gaze went to the new desk to replace the one she found Suchong on– and his eyes were faraway. Elizabeth wanted to reach out to him, but with the present company… She stepped towards them as well, drawing herself up.

“And as Sullivan himself knows, we are worth any price. I’ll be your liaison to the Rapture Family,” she explained, firm but calm. “It’s a pleasure to work with you, Mr. Ryan.” And Elizabeth offered her hand with a small smile.

“But it doesn’t have to be,” Booker tacked on, making his point known. Sullivan pointed a half-hearted glare at him, at any rate.

And yet… Ryan smiled, taking Elizabeth’s hand. “I enjoy your proud, entrepreneurial spirit. Let’s see you make good on your word.” 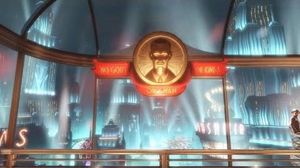 The next few moments passed quickly but awkwardly as Ryan stepped out of the clinic while Sullivan and Booker exchanged harsh whispers and the rest of them comforted the patients at the clinic.

Elizabeth hadn’t expected his agreement to be so easily acquired, though she expected the skeptical comment at the end… Ryan really had latched onto Jack. It was a miracle he was letting him remain here instead of moving him elsewhere. As if Jack would allow that, of course.

What do you want to do, Elizabeth / Tenenbaum? 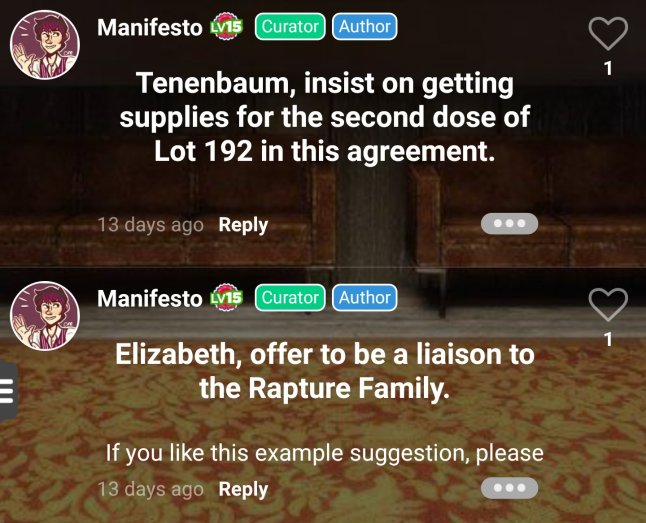 One thought on “BioQuest: Contract”